China became the world’s largest auto market in 2009. The market soared in the following 10 years, with vehicles sales reaching 25.77 million in 2019, almost double the 2009 figure.

But Chinese brands, despite the home-field advantage, lost their market share during the decade. The downward spiral, compounded by the pandemic, is moving even deeper in 2020.

In the first seven months this year, sales of passenger vehicles for Chinese carmakers reached a combined 3.43 million, down 25 percent year-on-year, according to the China Association of Automobile Manufacturers.

Li Xianjun, a professor at the School of Vehicle and Mobility at Tsinghua University, said the most likely reason for the slide is that Chinese carmakers lacks vision and patience.

He said Chinese brands’ most popular models are usually short-lived, and they don’t have classic vehicles like the Toyota Corolla, or Volkswagen Jetta that can keep their charm for decades.

“The problem is they failed to keep up with the tempo of the game and even more important is they are not patient enough compared with overseas brands,” Li said.

Automakers from Toyota Motor Corp to Volkswagen and General Motors Co have followed a similar shared platform for their respective brands, and leading Chinese brands are now starting to move in the same direction.

At the Chengdu auto show in late July, China’s top private carmaker Geely announced plans to build more models on its Compact Modular Platform, which was co-developed with its Swedish carmaker Volvo. Cumulative sales of vehicles built on the architecture surpassed 600,000 units by the end of July.

The platform allows different brands to develop, design and build different types of compact cars with similar mechanical layout faster than before and at lower cost.

It thus provides a technological springboard towards a higher market share at a time when the auto industry must embrace a future featuring electric and autonomously-driven transportation.

Geely has decided to build more models on the platform, which had been reserved until recently for vehicles by Volvo, Polestar and Lynk& Co.

Feng Qingfeng, vice-president of Geely Auto, said: “The Compact Modular Architecture is the DNA behind our evolutionary automotive manufacturing and development ecosystem.”

“CMA not only gives Geely a future-proof vehicle architecture,” Feng said. “It also allows us to endow each new product with pedigree genes in terms of safety, sportiness, and intelligence.”

The company said CMA, along with a smaller car platform designed for Proton, allow them to harness Volvo’s technologies and Geely’s capabilities in cost control, supply chain management and local production.

“CMA will be the core of Geely’s future architecture design … We learn technologies and build up talents through developing it,” said Li Li, vice-president of Geely Automobile Research Institute. Li confirmed the Proton plan during an interview with Reuters.

Geely is also developing a new architecture to accelerate the launch of pure battery electric vehicles with intelligent connectivity functions.

The first model based on the architecture will make its debut at the Beijing auto show next month, said Geely President An Conghui.

Great Wall Motors, which is China’s largest SUV maker, is rolling out vehicle platforms as well. Earlier this month, it unveiled three at a time, coded Lemon, Tank and Smart Coffee.

Tank is a platform for off-road vehicles. It will feature 2 and 3-liter turbocharged engines and a vertically deployed nine-speed automatic gearbox, which is also China’s first.

It is compatible with the Ethernet, 5G and vehicle-to-everything technology.

Based on the smart system, Level 3 autonomous driving will start to work from 2021 and will grow into Level 4 and above.

The company calls the Smart Coffee brand the “digital engine” of its transition to a global mobility company.

Thu Sep 24 , 2020
MIAMI, Fla., Aug 25, 2020 (SEND2PRESS NEWSWIRE) — A new case study from a top U.S. vehicle transporter details the rapid rise of RCC Auto Transport, one of the largest and most trusted providers of auto transportation and car shipping services in the country. RCC Auto Transport, LTD employed the […] 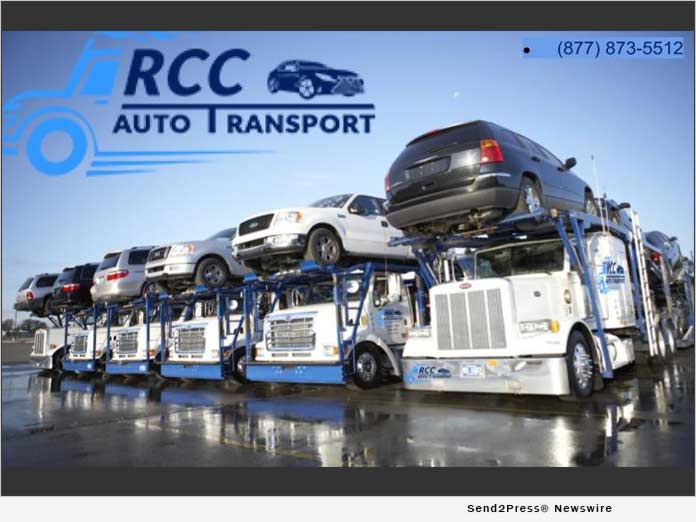