The only problem is, Fake Steak isn’t a real brand.

The fictional vegan sponsorship will make more sense come 2021 – as footage of Sorenson’s car will be seen in a Netflix multi-camera sitcom called, “The Crew.” NASCAR is capturing footage of the No. 74 car in action throughout the weekend to be used for the show.

Kevin James is the executive producer for “The Crew.”

James will also star as the crew chief of a NASCAR team in the show, and finds himself at odds with the new team owner and the “tech-reliant Millennials” she brings in to modernize the team, according to NASCAR.

James is known for starring in the TV series “The King of Queens” and movie “Paul Blart: Mall Cop,” among other roles.

Freddie Stroma portrays James’ driver in the show. Stroma, a 33-year-old actor from London, had a minor role in some of the “Harry Potter” films, playing Cormac McLaggen.

Not only is the paint scheme new for Sorenson this weekend, but so is the number. His Spire Motorsports team switched from No. 77 to No. 74 to accommodate for the show.

Sorenson – who ranks 35th in points – finished in 30th place with his Fake Steak Chevrolet in Saturday’s FireKeepers Casino 400.

The Netfilx-inspired paint scheme will be on display for part two of the MIS doubleheader during Sunday’s Consumers Energy 400. The race starts at 4:30 p.m. on NBCSN.

Michigan’s Brad Keselowski badly wants to win at MIS. But if it happens this weekend, it might sting.

Wed Aug 12 , 2020
Longmont City Council members voted unanimously Tuesday night to approve a revised version of an ordinance creating a mandatory downtown bicycle dismount zone. Under modifications proposed by city staff, the measure now will require people to get off their bicycles, skateboards and scooters and walk when they’re on sidewalks on […] 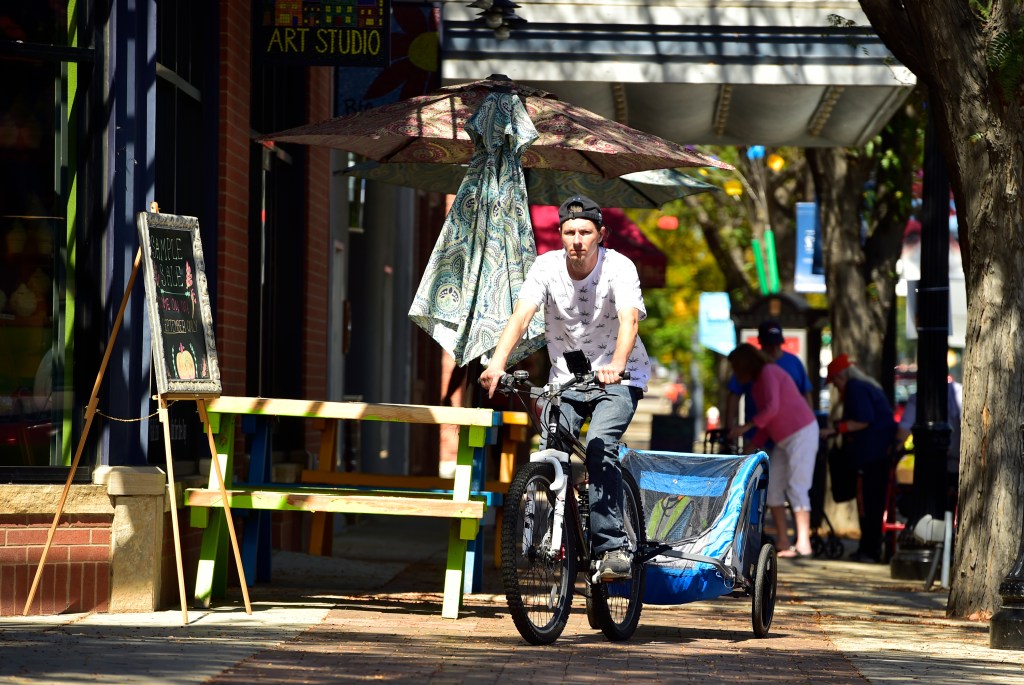