© Provided by autoTRADER.ca Nissan Z Proto 04 Amongst auto enthusiasts, more often than not, it can feel as if the sky is falling. It’s not necessarily that we’re a pessimistic bunch, but it certainly seems like nothing’s ever good enough. Too many SUVs. Not enough manual transmissions. They don’t […]

Amongst auto enthusiasts, more often than not, it can feel as if the sky is falling.

It’s not necessarily that we’re a pessimistic bunch, but it certainly seems like nothing’s ever good enough. Too many SUVs. Not enough manual transmissions. They don’t make ’em like they used to. For a group with such passion, the picture we paint sure is a dark one.

Which is why it’s just about time for folks out there to heed their own calls to action and actually buy what some automakers are willing to build specifically for us, the enthusiasts.

Ford and Nissan in particular have laid bare their plans about who their most recently unveiled products are aimed at. With the full-size Ford Bronco and the new Nissan Z Proto concept, both brands are giving the people what they proclaim to want: nostalgia in an era of ultra-modernity.

While the Bronco has its sights set on the Jeep Wrangler, it’s clear Ford wants to appeal to the most hardcore off-road enthusiasts with the reborn, retro-inspired ride. The Bronco Sport is for those after the look of something old-school and rugged, but its big brother is the one that’ll actually deliver the real deal. (Ford of Canada’s marketing manager in charge of the Bronco said as much during a recent product briefing, describing the baby Bronco as perfect for finding adventure and the big Bronco as the adventure itself.)

Sure, SUVs are hot right now; and the Wrangler has gone mostly uncontested in its niche corner of the segment – especially since sales of the Toyota FJ Cruiser were discontinued in Canada about six years ago. But at least on paper Ford is going all-in on the Bronco’s enthusiast appeal, with removable doors and roof, tons of off-road equipment, and an available manual transmission.

Over at Nissan, the Z Proto concept previews the upcoming replacement for the aged 370Z. But the biggest bit of hype for this hotly anticipated sports car has been squarely focused on the fact that, unlike what Toyota did with the reborn Supra, Nissan plans to stick with a manual shifter between the seats. There really is no better way to endear oneself to diehards than to let them row their own gears, but that means it’s high time those same folks put their money where their mouths are and buy the vehicles being built for them.

The reality is that, sure, automakers steer their own ships when it comes to where they spend their money, but they’re not out there arbitrarily making decisions about what to build next. There’s always a degree of guesswork involved, but there’s far more market research that goes into finding out what consumers want first. That’s why, despite the protests of the vocal minority, companies continue to crank out all kinds of crossovers with seating for seven and cars with continuously variable transmissions.

I hate to break it to all the “save the manuals” preachers out there, but it only counts if you actually buy them brand new. I appreciate a good deal on a used car as much as the next guy, but waiting to pick up a second-hand ride with a manual transmission because it’ll save you a few bucks does nothing to bolster the case for car companies to build them in the first place. The reality remains that the more you wait the sooner you won’t even have the opportunity to pick up a car with a stick shift.

The same goes for all the folks that lament the fact the Supra isn’t offered with a manual gearbox (though the majority of those same people pretend the Toyota 86 and its manual transmission doesn’t even exist despite shunning the Supra). With the new Z on the way, now’s your chance to make it right and reward the brand that’s willing to keep offering what only a small percentage of shoppers want.

Sat Sep 19 , 2020
The Cyrusher Everest XF900, which was just launched today, claims to be a motorcycle-inspired e-bike that combines the best of both worlds. It offers high-speed riding, full suspension, hydraulic disc brakes, and other premium features, not to mention a price set conspicuously below its competitors. Cyrusher Everest XF900 e-bike launched […] 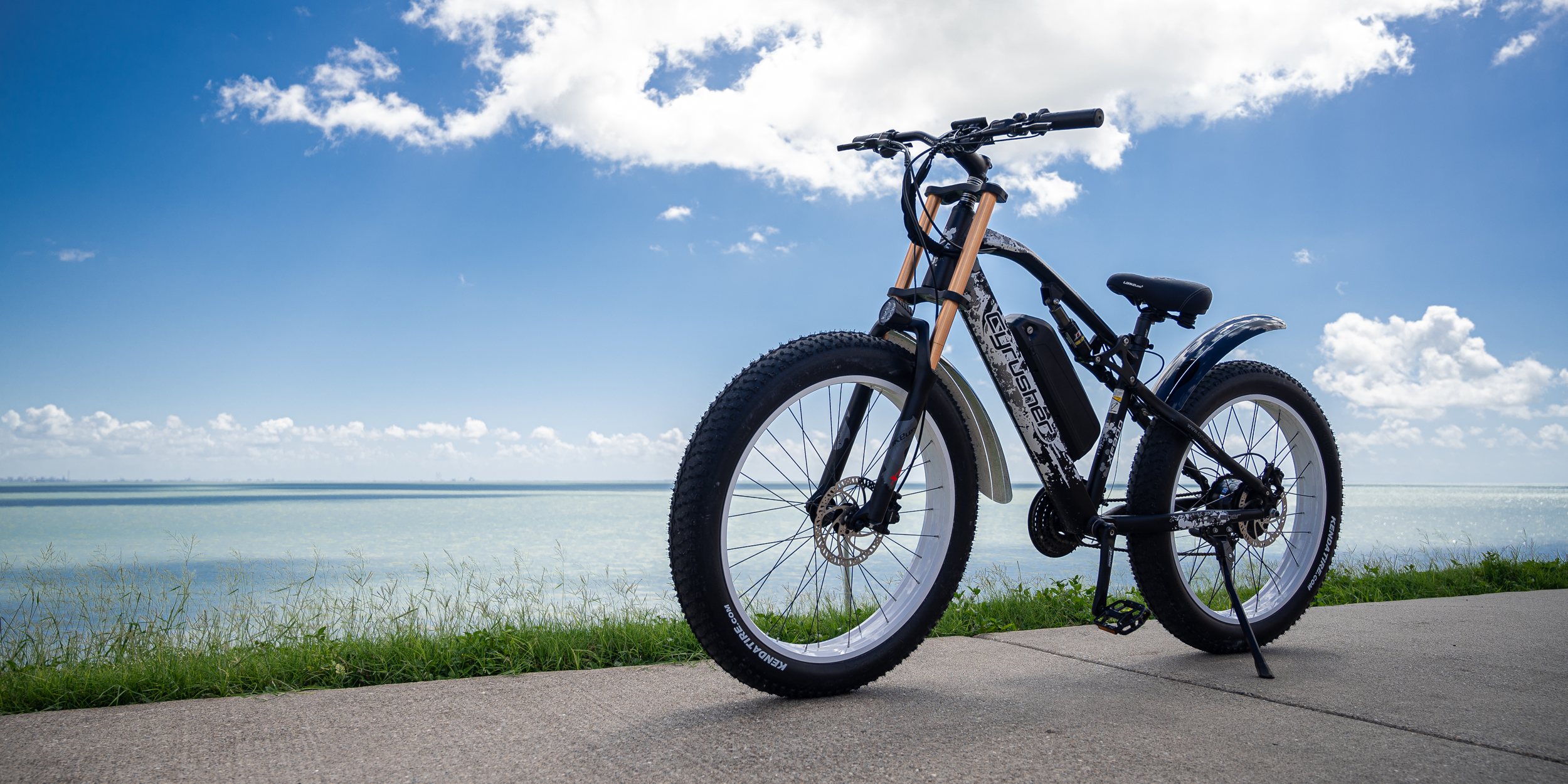