First posted on BoiseDev.com on September 29, 2020The six candidates for three seats on the Ada County Highway District commission got a chance to make their case to the bicycling community on Monday night.

Speaking to a socially distant group of a few dozen in the meditation garden at the Idaho Botanical Garden, the candidates answered a range of questions prepared by the Boise Bicycle Project about bicycling and pedestrian infrastructure in the county. All candidates said they supported growing access to different types of transportation around the city, but disagreed on some of the finer points of how it should be paid for and prioritized.

Incumbent Commissioner Jim Hansen is running against political newcomer Kara Veit to represent the Boise Bench and the areas south and east of the downtown core. Another incumbent, Commissioner Rebecca Arnold, is vying to keep her seat against another newcomer Alexis Pickering for West Boise and parts of Meridian. District Five, which will be vacated by Commissioner Sara Baker, has come down to Dave McKinney and Emilie Jackson-Edney for portions of Star, Meridian and West Boise.

Only the voters in each district can vote for the race in the area in which they live.

Can ACHD fund mass transit?The central point of contention among the candidates was ACHD’s role in public transportation. Pickering, Jackson-Edney and Hansen support a more aggressive push from the highway district to fund public transit infrastructure and push the legislature for reforms. On the other hand, Arnold and McKinney were looking to strike more of a balance between widening roads and investing in pedestrian and bicycle improvements. Veit said the highway district needs to conduct more public outreach and build consensus so it is a leader in the valley on transportation.

There are differing legal interpretations of what ACHD is allowed to fund. Arnold has long taken the stance the agency is not allowed to put tax dollars toward public transportation and should focus on roads and sidewalks instead. She said the agency should continue its work to accommodate the needs of Valley Regional Transit, but not pay for infrastructure or the system itself.

“ACHD cannot however fund the transit system,” she said. “I know there are people who would like to see that done, but legally it cannot be done. That’s why we work with VRT.”

Hansen, who frequently clashes with Arnold, argues based on his reading of the law there is room to say ACHD can build capital projects to support public transit. He said this could be crucial on State Street, where the City of Boise and other agencies are trying to lay the groundwork for a rapid transit bus system. There might be some clarification needed from the legislature, but he said the agency has a good case.

“If we need to go to the legislature let’s go ‘the law says we can apply some ACHD funds, especially on State Street to ensure we use that to build capital projects for transit as well as automobiles and other infrastructure’,” he said.

In Ada County, most roads are not the responsibility of the cities they run through. Instead, voters approved a county-wide highway district in 1971. That agency, the Ada County Highway District, operates independently of city or county government.

It is responsible for the construction and maintenance of all roads in Ada County — except Interstate 84, I-184, and state highways (which include Broadway Ave., Eagle Road and others).

ACHD has a board of elected representatives who are elected to districts around the county.

The arrangement can cause friction when the policy of the highway district does not align with the policy of the cities. While cities control land use planning, they do not control the roads — which can mean differing priorities and funding allocations.

Other candidates were hoping for more investment in infrastructure focused on getting residents around the city without a car. Jackson-Edney, said instead of widening every road the county should work on mobility for pedestrians and cyclists. However, she agreed with Arnold about the agency’s inability to directly fund public transit.

“We need to support public transit,” she said. “Maybe not monetarily, but certainly in their efforts. If we can get 50 people on a bus, that is 50 people out of their cars.”

The highway district is a specialized government agency only working on road and highway related issues, so it has extremely limited say in land use decisions approved by the cities and Ada County. McKinney said in response to a question about bike lanes although there is a push to add more infrastructure for alternative transportation, the highway district is stuck building for the sprawling community developers proposed and city’s allowed under the state law. He argued ACHD has to build for what people will use, instead of what some hope to see in the future.

ACHD has not always been the most popular agency in the Treasure Valley.

Do you LOVE local news? Get Local News Headlines in your inbox daily.

Veit said the commission has isolated itself by adhering to old methods of doing business. After touting her experience in public engagement and market around transportation projects throughout the evening, Veit called out her opponent Hansen for what she felt was inaction in his two terms where he ran unopposed.

“Why haven’t these policies been fixed or addressed during the (eight) years since Hansen has been in office?” she said. “Why is it now that he’s up for reelection he wants to dive into policies and ordinances? Which policies has he addressed up until this point, and if there are none, why should we think he will address more in the next four years?”

Hansen said the agency’s reputation is not due to the people running the agency, but the legal structure of the highway district and how it interacts with cities and Ada County who have a much broader set of priorities.

“The source of conflict is rarely the personalities,” he said. “It’s rooted in statutory conflicts built in how we govern. It’s absolutely critical to get past this notion it’s just personalities, but we open our minds to the notion we have to identify these various statutory ordinances that define our roles.”

How much, and where to spend impact fees

ACHD raised its impact fees 9% this fall, but some candidates say the system needs to be reformed at the state level so those funds can be spent on more than widening roads. Hansen, McKinney and Jackson-Edney said ACHD should go to the legislature and ask for the authority to use impact fees on a broader set of things. For example, Hansen gave the example that developers in the downtown core pay impact fees used to fund road widening on the edge of Southwest Boise instead of public transit infrastructure and sidewalks.

McKinney said the agency’s first priority next year is to push this issue at the statehouse.

“ACHD is burdened by restrictions on their use of impact fees and those restrictions are a matter of state law. Step one of January 1 of 2021 we need to put full court press on the legislature so we can use the fees that are already collected for the purposes they’re already needed,” he said.

Pickering was not so gung ho about pushing for changes to the impact fee statute immediately. Instead, she said the highway district should work to be as efficient as possible with what it already has first.

“It’s about coming in and balancing the different options we have,” she said. “A huge part of it is planning for good growth because we can develop shared priorities, a plan for how we want to grow and say how are we going to fund it.” 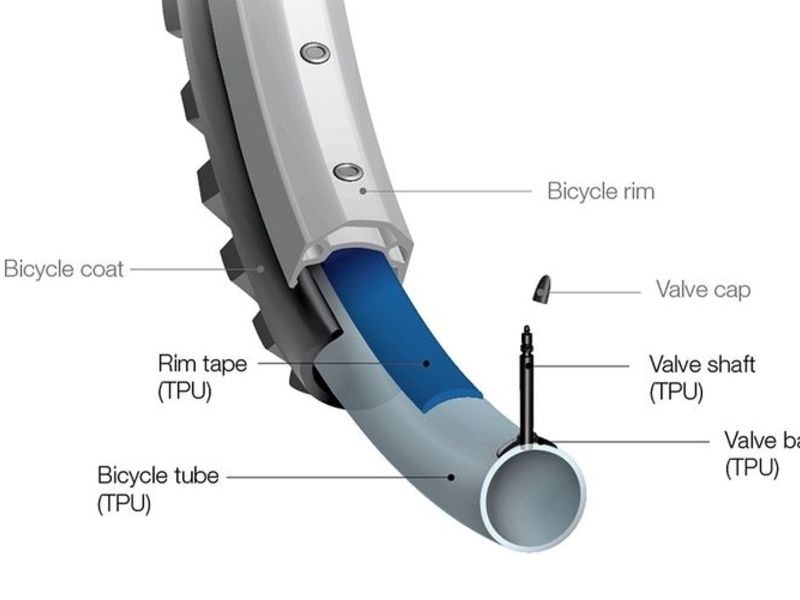 Anti Getting Older, Beauty, Fashion Beneath $100, Sex And Relationships

9 Beauty Secrets Of French Ladies From A French Skincare Skilled