Never before has a Bill Belichick-coached Patriots team entered a season with this much uncertainty. With Week 1 upon us, we examined the best- and worst-case scenarios for Newton and the 2020 Patriots. BEST CASEAn uber-motivated Newton stays healthy and performs the way he did during the first half of […]

Never before has a Bill Belichick-coached Patriots team entered a season with this much uncertainty. With Week 1 upon us, we examined the best- and worst-case scenarios for Newton and the 2020 Patriots.

BEST CASE
An uber-motivated Newton stays healthy and performs the way he did during the first half of 2018, when he looked like a potential MVP candidate. His rushing ability allows Josh McDaniels to introduce a whole host of new concepts (read options, designed QB keepers, etc.) into New England’s offense and creates additional space for running back Sony Michel, who enjoys a resurgent third season after an inefficient 2019.

Complementing Michel is second-year pro Damien Harris, who, after a brief stint on injured reserve to begin the season, realizes the breakout potential he displayed during training camp, finishing with more than 800 rushing yards and 30-plus catches.

Freed from the pressure of meeting Tom Brady’s standards, 2019 first-round draft pick N’Keal Harry shakes off his forgettable rookie year to lead the Patriots in receiving yards and receiving touchdowns. Newcomer Damiere Byrd becomes a more productive version of Phillip Dorsett, and the Patriots reinforce their shallow receiving corps by trading for a proven wideout early in the year. All of this lessens the burden on aging No. 1 receiver Julian Edelman, who still manages to play in 15 games and lead the team in catches.

Third-round rookies Devin Asiasi and Dalton Keene look like the second coming of 2010 draftmates Rob Gronkowski and Aaron Hernandez at tight end, and New England avoids the offensive line injuries that hamstrung them in 2019.

Left tackle Isaiah Wynn plays a full season for the first time in his pro career, and Jermaine Eluemunor proves to be a surprisingly capable replacement for Marcus Cannon at right tackle despite not playing the position since college. Tackle depth remains a real concern throughout the season, but with Wynn and Eluemunor both starting every game, it’s never tested.

Defensively, Chase Winovich posts double-digit sacks in his first year as a starter, with Adam Butler not far behind. Mystery man Beau Allen returns from IR in Week 4 and immediately fills the Danny Shelton role next to Lawrence Guy, and Byron Cowart becomes a real factor on the Patriots’ D-line after playing sparingly as a rookie.

Beyond the players, coaching and organizational stability will be more important than ever in what’s sure to be one of the strangest seasons in NFL history, and few franchises can rival New England in those areas.

Despite their turnover — at quarterback and elsewhere — the Newton-led Patriots equal last year’s 12-4 record and challenge the Kansas City Chiefs and Baltimore Ravens for a spot in Super Bowl LV. Newton wins Comeback Player of the Year and is in the running for MVP.

WORST CASE
Honestly, it’s not difficult to imagine how this season could go sideways for the Patriots. And that’s without factoring in the potential for COVID complications.

Newton, who is coming off back-to-back season-ending injuries and has not taken a hit since last September, gets banged up early in the season, requiring at least one stint on injured reserve. Jarrett Stidham and Brian Hoyer both start games in his stead, and neither is particularly effective.

A career’s worth of car-crash hits finally take their toll on the 34-year-old Edelman, severely limiting his production, and Harry, who has yet to prove he can be a reliable target, fails to take a significant step forward in Year 2 while fellow 2019 draftees like A.J. Brown, Terry McLaurin and Deebo Samuel continue to flourish elsewhere.

The rookie tight ends, while promising, ultimately need more time to develop, and Ryan Izzo, who was benched for the second half of last season, can’t pick up the slack. Up front, another injury knocks out Wynn for a spell, and Eluemunor, a bottom-of-the-roster guard in 2019, looks like Marshall Newhouse 2.0 in his transition to tackle.

Harris’ injury wipes out the momentum he built in training camp, and Michel starts slowly, as well, after missing most of camp following foot surgery. Cutdown-day casualty Lamar Miller latches on with Buffalo and rushes for 600 yards as the Bills win their first AFC East title since 1996.

The cornerback play remains strong, but a front seven filled with rookies and other young players — who did not have the benefit of preseason games or spring practice — is gashed against the run and can’t generate a consistent pass rush. McCourty finally begins to show signs of decline on the back end, and the Patriots’ plan to replace Chung and Harmon with some combination of Dugger, Williams, Terrence Brooks and Adrian Phillips backfires.

Bill Belichick also spends all season searching for a reliable kicker after Nick Folk and Justin Rohrwasser both flop.

Facing a formidable schedule that features seven games against 2019 playoff teams — including both Super Bowl LIV finalists — the injury-plagued and inexperienced Patriots go 6-10, crashing to a third-place finish in the AFC East and missing the playoffs for the first time since 2008. Five weeks after their season ends, they watch Brady, Rob Gronkowski and the Buccaneers hoist the Lombardi Trophy in Tampa.

Mon Sep 14 , 2020
SUNNYVALE — In the next 10 years, Sunnyvale expects to have more bicycle lanes, better sidewalks and safer routes for children to get to school. At least, that’s the plan as unanimously approved late last month by the Sunnyvale City Council.  The city spent more than a year updating its […] 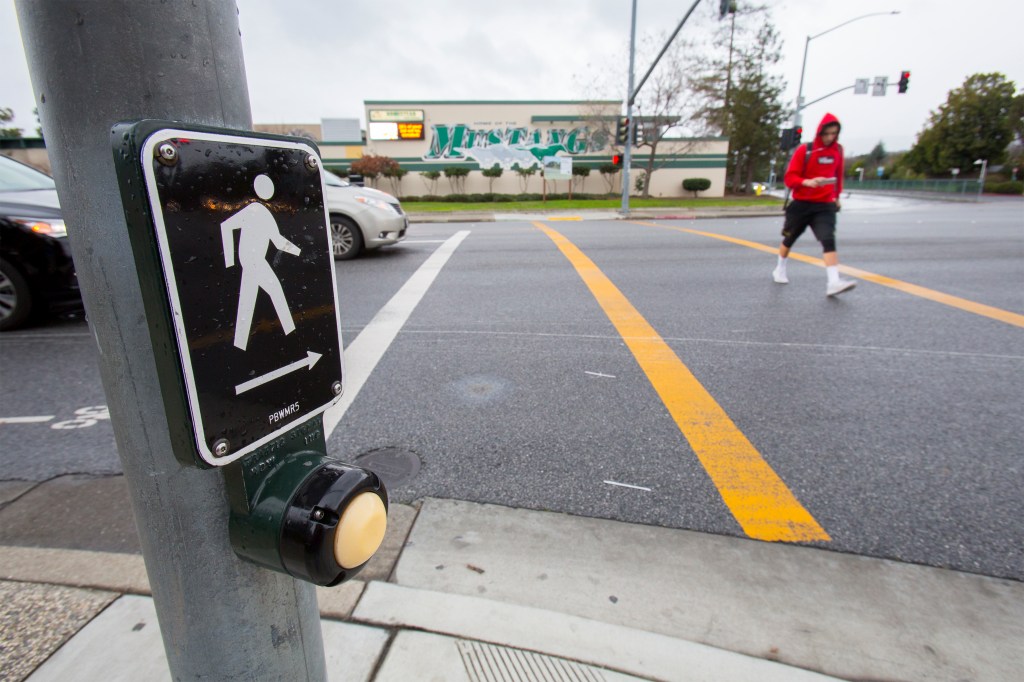